Justin Bell is Surrey Park’s Head Coach. He is an experienced Silver Licence Coach who has coached swimmers to compete successfully at State National and International levels. Justin is the primary coach of Surrey Park’s National Open, National Age and National Target squads.

Justin rejoined Surrey Park’s Coaching Team as National Age Coach in May 2019.  He had spent much of his previous ‘swimming life’ at Surrey Park, initially as a successful swimmer who went on to compete at National level, then as an assistant coach working primarily with the Club’s more Junior State-level swimmers. He is also a member of a 3rd generation Surrey Park family.

Justin’s skills as a coach were recognized outside the Club and the State and he was given the opportunity to move to Queensland and broaden his coaching knowledge and experience; also to work with more senior, as well as junior athletes.

During the time in Queensland Justin’s coaching career as a coach prospered. He was selected as an Australian Team Coach for the Australian Junior Pan Pacs 2018 Team and was the coach of swimmers selected for this team in both 2018 and 2019.

Some of Justin’s other achievements whist coaching in Queensland included: 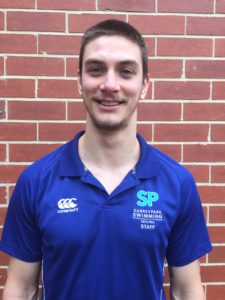 Michael is a Bronze Licenced Coach. He has been involved in sports and fitness programs over the last 12 years.  He also has a Certificate III and IV in Fitness Training. During the past few years Michael’s emphasis has been on activation and rehabilitation, particularly in swimming.

Michael is the primary coach of both Surrey Park’s State Open and State Target Squads. He also assists with coaching of the Club’s other squads. In addition he is helping with the development and training of instructors who work in Surrey Park’s learn to swim program. 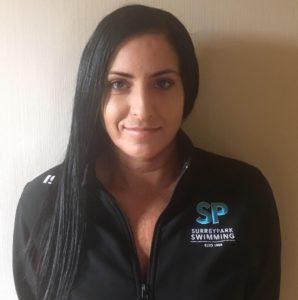 Julie-Anne is is an experienced Silver Licence coach who takes the Club’s State Youth and State Junior Squads. In addition she assists with coaching of the Club’s other competitive Squads.

Swimming has played a big part in Julie-Anne’s life. She  previously  competed successfully at Australian Open level and trained at the AIS for a year.

Anthony Di Petta is a Bronze licenced swim coach who joined Surrey Park’s coaching team in 2021. He has been in the Aquatics industry for 12 years having started off as a Learn To Swim instructor and progressing on to coaching junior swimmers. His most recent role was as Assistant coach at Ruyton Girls’ School.

As the Lead Junior Coach, Anthony oversees the whole junior squad program on behalf of the Head Coach, and also assists with the co-ordination of the transition of swimmers from learn to swim into the Junior Program and the Club’s Fitness Squads.

Anastasia joined Surrey Park’s coaching team in October 2018. She is a former State level swimmer who has been teaching and coaching at the junior squad level for several years and has gained her Bronze Licence qualification.

Anastasia has completed a Bachelor of Exercise and Sport Science majoring in both Strength and Conditioning and Applied Sport Science. She is currently undertaking post graduate studies in the same area.