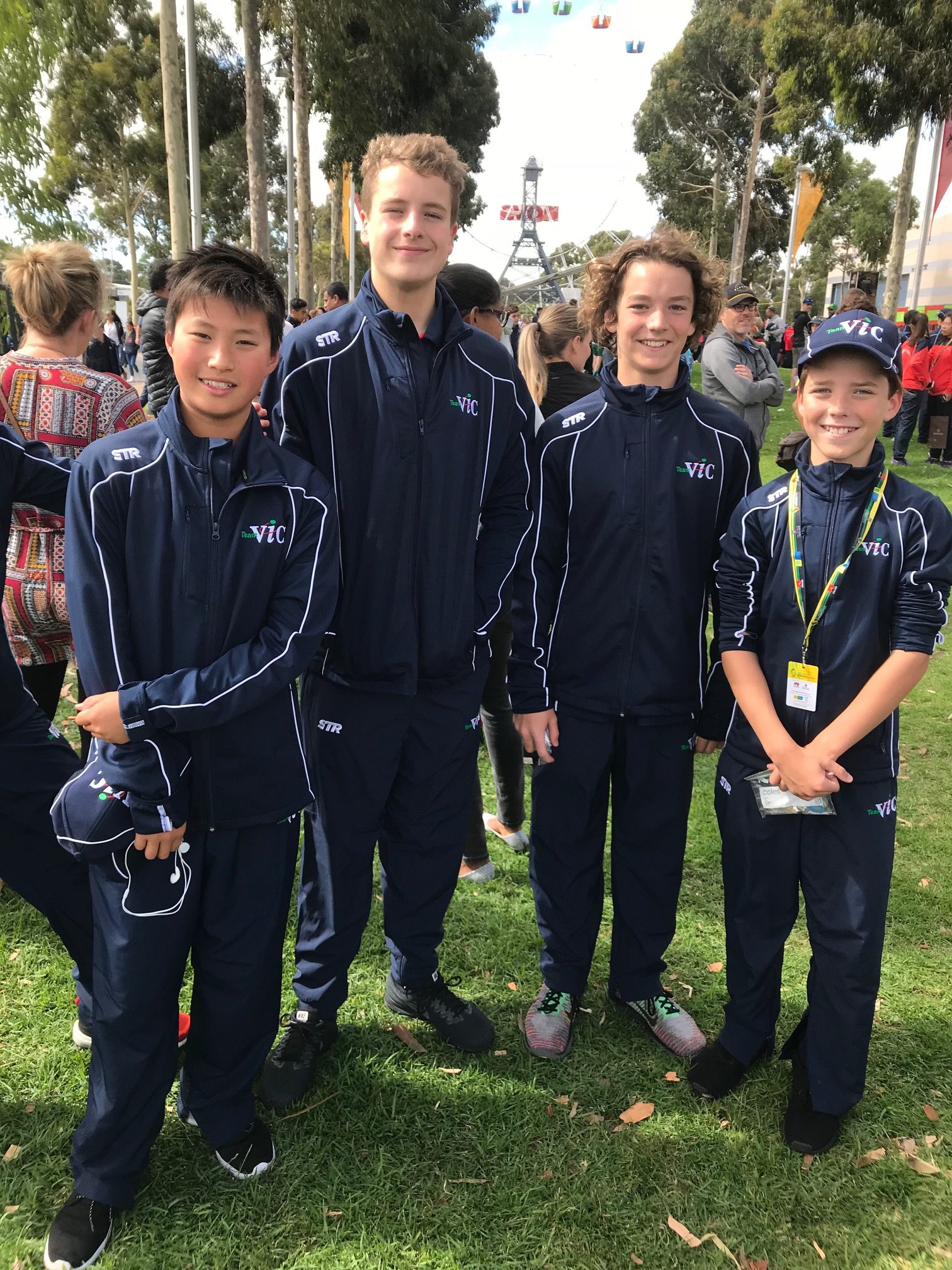 Good luck to Surrey Park swimmers Hamish Langford, Ryder Cheesman, Patrick Bian and Jamison Morgan who have travelled to Adelaide as members of Team Vic to compete in the 2017 Pacific School Games.

This picture of the boys was taken at the Opening Ceremony which is one of the highlights of the Games. Over 4000 school aged athletes who came from all Australian States and Territories as well as international teams took part in the festivities; each team paraded on to the arena to their chosen song.